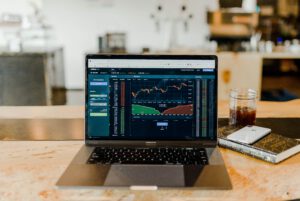 Bitcoins were introduced after the 2008 financial crisis and since then they have come a long way in the last 10 years. Bitcoins at present are seen by investors as good for two things mainly.

Bitcoins fulfill their function as a medium of exchange and can therefore be used as an alternative currency in jurisdictions where their usage is allowed. In many places across the world bitcoins are accepted as valid legal tender. In the wake of Covid-19 pandemic in particular the focus seems to be shifting towards bitcoins and other crypto currencies since they provide a cashless way to carry out transactions.

Bitcoins are also used as investment assets and perhaps this is what investors are more interested in because they realize that the governments are not too keen to use bitcoins as a form of currency due o the inability to regulate and control bitcoins. Investors therefore think that the real value of bitcoins is hidden in their use as an investment asset.

The way the value of bitcoins has increased since its inception, is especially lucrative for investors because this shows that there is a potential to make profits and if you invest just in the right manner then you can make a fortune as many investors did in 2017. Before we look at the history of bitcoin value, let us first understand how this value is generated.

You cannot understand bitcoin without understanding blockchain first. Blockchain is the system or platform upon which bitcoin is based. Now bitcoin is a crypto currency and it is not issued by any government or any bank. It is a digital asset and so it exists in the digital realm.

The strength of bitcoin is in the decentralized nature of the blockchain. Think of fiat currency for a second. Your normal fiat currency is issued by a bank and whenever you make any transaction either through a bank or a card, your transaction is processed by the bank and the bank charges a certain fee for this process.

Suppose you went to a mart and bought your groceries and now you pay through your card. A processing fee will be charged because the bank has to authorize the transaction from your card to the marts account.

Now let us put bitcoins in to this equation. Suppose that you pay for your groceries through bitcoins. How will the transaction be verified now? Clearly banks are not a part of this process. When you pay through your wallet the transaction goes into the decentralized blockchain system and the system creates a complex mathematical problem that all the different nodes in the system try their luck at.

The probability of getting it right in the first attempt is 1 in a 30 trillion. The node that gets it right processes the transaction and validates it. Upon validating it, the node adds a block to the system and this is where the word block chain comes from.

Furthermore whenever any node or miner adds a block to the system, they are issued with a block reward. At present the block reward is 12.5, this means that upon adding each block to the chain the system that adds the block is awarded 12.5 bitcoins. With bitcoin trading around $9000, that`s a lot.

Bitcoin Value Through The Ages

Initially the value of bitcoin was less than a dollar. When it was launched, it obviously had no value because there was no demand. It took a while for bitcoin to gain traction in the market and have its own demand. For almost 9 years the value of bitcoins floated under $300.

It took quite a while for bitcoin to go through initial inertia and achieve mass awareness in the markets. The first major rise in value came in 2014. But in order to understand how the value rose we need to look at the technology evolution as well.

When bitcoins were launched, anyone could mine the bitcoins using a regular pc. As the number of miners increased, the system made it more difficult to mine bitcoins and therefore miners ended up finding more ways to increase CPU power to get an edge. This led to the usage of high end graphics cards that considerably increased the hash rate or the rate at which a computer or system can be expected to solve the complex problem given to the system by the blockchain.

Graphic cards however too could only take the hash rate up to 800 but they came with electricity and heating costs. There was a technological jump around 2013 when a Chinese technological firm introduced the first ASIC chip that allowed systems to become more efficient in terms of hash rate and energy consumption.

This led to the creation of first mining farms. Now as industrial players entered the mining scene, things began to heat up and the value of bitcoin began to rise as more and more investors showed interest. This cycle heated up and around 2017 it reached its peak when the bitcoin hype just went over the roof and caused the bitcoin value to go from $300 to almost $20000 in the span of almost a year.

Around this time bitcoin derivatives also entered the market and what this did was that it allowed investors to get exposure to bitcoin value without actually investing in bitcoins. This dropped demand for bitcoins all of a sudden coupled by calls from experts that the extremely volatile price of bitcoin would soon see a bubble burst.

These fears became true in 2018 when in almost three months bitcoin lost almost 60% of its value. Resulting in the biggest sell off of crypto to date. Many critics felt that this was the end of bitcoins but crypto enthusiasts had faith in bitcoin and this is exactly what happened. After the initial hype and fear settled, bitcoin started picking up value once again in 2019 and at present it is trading close to $90000 – $10,000 mark.

Bitcoin has shown over the years that as a crypto currency it is here to stay. It has been through its peak and has now stabilized and in 2020 it went through its first major financial crisis and showed its ability to hold its value. It is now up to the investors to realize that the true investment potential of bitcoins is similar to that of gold and it can perhaps be the digital gold of the future.

We have seen how bitcoin has held its value for over a decade. Now, it is evident that more people want to trade bitcoin and other cryptocurrencies, not as money, but as popular derivatives to make a profit or gain from. With this in mind you can learn how to buy bitcoin stock and profit immensely from this new era of cryptocurrencies. We believe that cryptocurrencies are here to stay and will be a profitable vehicle for traders for many years to come.